Here’s the album cover. I like to start backwards with the artwork developed first. Having a visual to work towards keeps me more productive. Aiming for late spring 2011.

Story-wise, it continues from “King Friday” and will serve as a bookend to 2008’s “face:the.music” like the third chapter in a trilogy.

Production and composition-wise, I’ll of course have to push my limits further. More lead guitar, more range in vocals and harmonies, more groovy bass lines… And style-wise, although I do want to go back to more pop-punk styles to reflect “face:the.music”, I plan to incorporate some 60’s garage and funk as well as some epic-sounding prog rock.

I’m hoping to create a more dynamic masterpiece this time around. Not to say it’s going to be a darker album overall, but some songs will get pretty deep while others will maintain that pop-punk edge. I’m hoping everything I’ve learned along the way, musically, thematically, lyrically and at the production level, will converge in this new project.

And the reason I’m doing this so soon after the release of King Friday is a little bit of a personal experiment of my own. I don’t really like to discuss song meanings and get all artsy-fartsy on this blog, but I’ll say this much; I guess it’s no secret that the past couple of albums are a loose interpretation of my past few of years. For all writers, it’s always “write what you know”. This time I want to have a little bit of “write what will be” and see if we have the power to write our own… destiny. Ooooohh!!!

In the meantime, help me with some funding and buy King Friday from iTunes 🙂
http://itunes.apple.com/us/album/king-friday/id404106516

Along side my “Fast Food” recording experiment, I’ve decided to keep the creative juices flowing and start putting together songs for the 3rd official Richy923 record.

Here’s a new song “At The Bridge”, which might appear on the album…

FYI: Saturday afternoon, King Friday returned to iTunes… Everything sounds as it should. Support a starving artist please at $9.90 🙂 Buy: King Friday

Speaking of starving, I have a new project in the works: 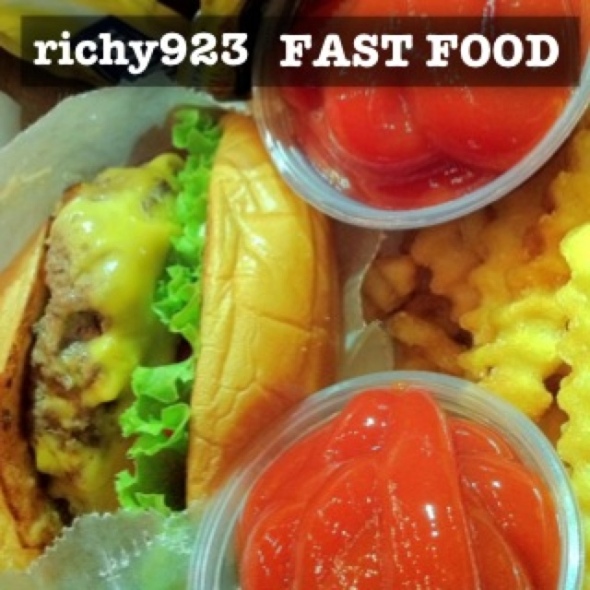 Five new renditions of classic songs from my high school years recorded entirely on an iPad and an iPhone.

I’ll be cutting the record using:

Also, I’ll be using the iPad Camera Connection Kit that adds a USB port that I can plug my M-Audio Interface into:

Let’s see how this goes! It’ll be a free download at the end of the month.

The album that wouldn’t die.

I had to send an email request to my distribution company last night asking them to take down King Friday. I had a problem with one song, “Her Name Here”. The guitar that comes in during the chorus was WAY too hot. I have no idea how that was overlooked. All of the final mixes sounded fine in the places I gave them a test listen… but over the weekend, I was listening to the album in a car and started to notice things were off during that song.

I had to fire up the studio earlier this week and do some more adjustments and what I had discovered with the guitar levels was definitely apparent. I’ll have the album ready to be re-uploaded tonight. Sucks that it’s gonna cost me another upload fee. It’s a cost I’ll have to eat. Like I said, you really can’t rush art. Sloppiness on my part?

To those that have already bought the album, no worries since it’s the only song that needed to be recalled. I’ll be offering “Her Name Here” as a free download when I release the music video.

The album’s finished, been listened to, received feedback, released on iTunes, now Amazon.com, and even purchased by some (thanks!)

Production wise, I’ve been told by others that this record “is the clearest they’ve heard from me yet”. I’ve gotten a little less bookwormy, less technical and broke some of my traditional production rules and went more with my heart guiding my ears during the recording/engineering process. I’ve tried to capture the purest sound with the tools and limited space I have. Yea there’s some distortion, some clipping… fuck it. Call it ignorance or sloppiness, I didn’t get any complaints. It beats an over-compressed or over-produced sound in my book.

Musically, the feedback I’ve gotten is that “my sound has matured” and that I’ve “developed a new sound” for myself.  I’ve been trying to play some lead guitar for the first time, more bass grooves that don’t just mimic the guitar progression and also trying more challenging drum patterns/fills. Now my songs end up having their individuality while maintaining a signature sound.

Content wise, the general feedback was “the lyrics still go pretty deep” and a “story is definitely apparent”. Everything has pretty much changed since it’s inception, with the album originally titled “geekology.” What was supposed to be a meek outlook on life during one’s mid-twenties, has (in a sense) grown a set of balls and told a similar story in a “monster out of control” kind of fashion.

Looking back to last year’s album face:the.music, maybe the switching between rock and hip-hop was more of a weakness than strength. So, the choice to make King Friday completely a rock record (save for the Rush house remix) was inevitable. Rapping just isn’t me anymore and it’s not the way I wanna tell this story. Rather than being a jack-of-all-trades musician across genres, maybe it’s time to be a king in one.